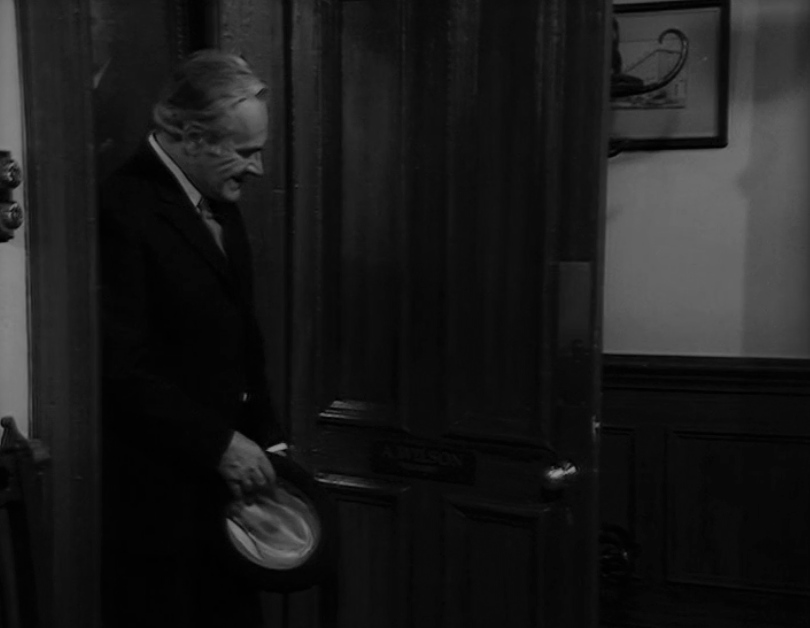 A long and tiring day, not helped by my boots starting to leak. Damned foreign rubbish. I shall have to get a new pair made by Mr Sedgewick – just as soon as I can sort out this confounded bank business.
I arrived at the bank promptly at nine-twenty five to find a gaggle of staff waiting outside. It was quite like old times. Nobody seemed to recognise me, nor I them. I waited for ten minutes wondering what sort of clown this manager must be when who should wander up but Wilson.

I asked him what he was doing there, and he replied:
“Good heavens, Mr Mainwaring, what a surprise. I thought you were in – umm where is it?”

I informed him that I had been in Delhi but I was now back in Walmington for good – he seemed rather taken aback by this and mumbled and stuttered a good deal. Conscious that I was embarrassing him in-front of his staff I suggested he open the door and we go inside. His whole manner was extremely odd – he didn’t seem to know whether to treat me like an old friend, a customer or an inspector from head office. Eventually he ushered me into his office. It was a sheer accident that out of old habit I sat in the manager’s chair. It seemed to affect him a good deal, and he hopped about on one leg mumbling ineffectually “Oh I say, look here, really you know its, its – well that’s my chair”. Typical of a public school man to behave like that – why can’t he say what he means?

We exchanged a few pleasantries – he asked me about Elizabeth and feigned sympathy when I told him of the sad circumstances confining her to an Indian sanatorium. I asked about his, er, friend Mrs Pike who I was surprised to hear has returned to Weston-Super-Mare – he seemed disinclined to go in to details.
By now Wilson’s manner was beginning to approximate that of a bank manager (at least of the lesser type). He remembered to offer me coffee and ask me what he could do for me. I informed him that I had come to finalise the details for transferring my assets from the Imperial Punjabi Bank to Swallow’s Bank. He was mystified.
This is very vexing – I must have sent five or six letters to the manager of the Walmington branch of Swallow’s Bank, requesting the appropriate accounts of be set up, and my entire funds (such as they are) to be transferred. Now I find myself in England with two hundred pounds in cash and a suitcase full of clothes more suited to the sub-continent than to England in January.

I was quite sharp with Wilson on the subject and after umming and aaahing some more he called in his chief clerk (a larcenous looking individual with the unlikely name of Homer – a Greek partisan no doubt) and enquired after my letters. This fellow Homer cast me a furtive glance and replied (in Harrovian tones – this old school tie nonsense really is the limit) that he had put them in the ‘special’ file.

Wilson, looking thoroughly embarrassed, demanded them to be brought to him at once and immediately started to stutter a stream of broken apologies. I said nothing – I was too angry to speak. I don’t know if this chief clerk of Wilson’s knew that I was the former manager of the branch. But the special file was something I had Wilson establish in ‘thirty-six to keep the voluminous correspondence from our most difficult customers.

I shall not record the remainder of the interview – it was far too vexing to detail here. Suffice it to say that by the time I left the bank I had expressed clearly my view that in three years Wilson has reduced the proud efficient financial institution which I once had the privilege to call my own, to a shambolic and tawdry counting house.

Here's to the health of the Duchess of York, who is a friend of Cardinal Puff Puff Puff - Mainwaring