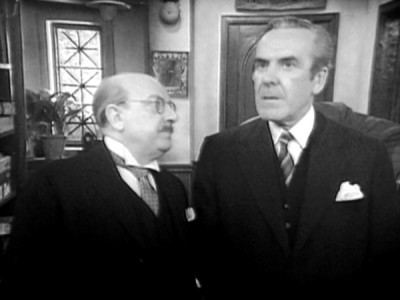 This morning I arose early and after washing and taking my meagre ration book breakfast went out. I was determined to make the most of the day and the fact that for the first time since my return it was not raining.
By eight o’clock the light was just enough and taking my umbrella I stepped out into the street. The waves were pounding the sea wall and the promenade was wet and slippery. I put up my umbrella and looked out over the sea. Thirty miles away, somewhere beyond the grey, was the coast of France.

In May 1940 our boys waited patiently on the beaches of Dunkirk for that marvellous fleet of little boats. Four years later they were back – with our American comrades – landing on the beaches, terribly pounded by the German artillery, always moving forward, not stopping, never faltering – remorselessly pushing back and pushing back the enemy who had so threatened our land.
And in between we had stood on the beaches of England, with knives and staves, and Great War uniforms. We sacrificed our time, our energies, our hopes and dreams, and if necessary would have given our lives. We were poorly armed, had to train ourselves, and received precious little support from the War Office. But we were steadfast and we were ready to fight. What did that chap Dickens say? “It was the best of times, it was the worst of times, it was the season of light, it was the season of darkness”. It was my best of times, no question, my season of light. For those few years when we stood between the enemy hordes and this dear land I felt alive as I never have before or since.

As I was standing there remembering those four years in the Home Guard I heard a shout from somewhere behind me – it was that damned man Hodges. He called out in his usual offensive manner:

“Oy, Napoleon – if you stand there any longer the pigeons’ll take roost.”

He was his usual swaggering overbearing self, but there was something different in his manner. Before he was aggressive and petulant because he felt inferior and undervalued – but today he was different, condescending. It is astonishing but I believe the wretched man thinks he has scored some sort of victory over me.

Speaking of victories, I returned to the bank this afternoon, as I have still had no word about the transfer of my effects. Wilson was hiding in his office of course, but I soon by-passed his foreign flunky and went in. His behaviour is really quite intolerable. The ‘vital’ meeting I interrupted proved to be Wilson, and a rather heavily rouged female clerk sitting side-by-side examining a large book which Wilson snapped shut as I entered. Judging by the giggling I heard from outside the door, and the glances they cast each other as I entered I have no doubts that Wilson was up to his old tricks. Of course he excused himself, saying that he undertook regular staff training on a Friday afternoon – though I doubt the bankers code of practice was today’s class.

I soon made by presence felt, and after the girl had simpered-off I gave Wilson several pieces of my mind about his choice of staff (in response to which he mumbled), his moral standards (he blustered) and his ability as a bank manager (whimpered). I think it fair to say that, metaphorically, I tore-off Wilson’s epaulets today and that the rogue most definitely marched.

He conceded that the bank had blundered badly so far in its handling of my affairs. In compensation he agreed to open a checking account immediately and authorise an overdraft. I have never been in debt in my life, notwithstanding that embarrassing episode with Elizabeth and the greengrocer. However it seems I have no choice. Wilson has also wired the manager of the Delhi branch of the Imperial Punjabi Bank and finally started the process of transferring my assets, which should have occurred weeks ago. I tried to insist on his calling the Delhi branch but he reminded me that overseas telephone calls can only be authorised by Mr West in person and in writing – and unfortunately I know this to be the truth.

So, the end of a tiresome first week back in Blighty, and little to show for it. I really cannot look forward to the weekend without having something more challenging to occupy by working hours – that is my next task.