Home Page blog 50 Moments That Made Dad’s Army: #36 Beware of the Bog 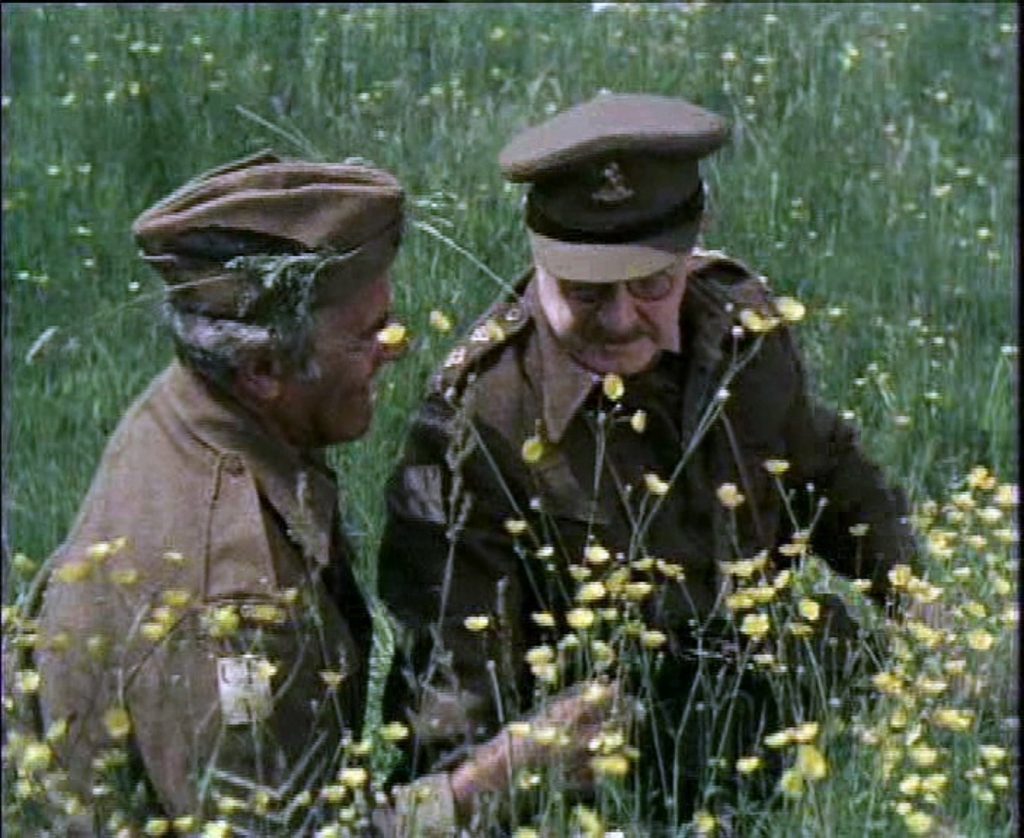 Some episodes of Dad’s Army have a strong story line – Mum’s Army being a good example. Others are little more than a sequence of comic scenes pulled together by some linking events or themes (which can still be surprisingly effective).

The episode The Big Parade is a good example of this: the platoon are taking part in a parade alongside the wardens and other volunteer units. Mainwaring wants his platoon to look the best and decides to adopt one of Private Sponge’s rams as a mascot. Cue lots of silliness as they try to catch the ram, fail, get Walker to procure an alternative and then compete with the wardens for pole position on the day.

Today’s moment comes as the platoon’s attempts to catch the ram go awry and, first Pike, then Jones find themselves in mortal peril that only the Captain and the platoon’s trousers can rescue them from.