50 Moments That Made Dad’s Army: #7 The Auld Empty Barn 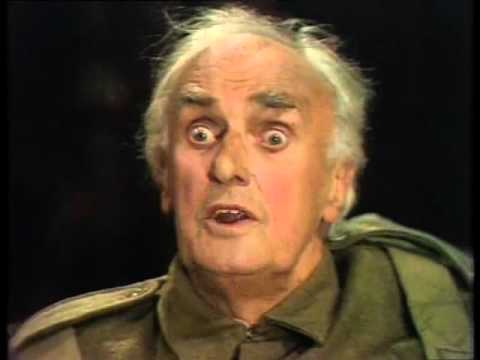 One of the joys of Dad’s Army is Frazer’s long, rambling and often doom-laden monologues. There will be a number of these in the moments still to come, before we reach the anniversary of The Man and the Hour at the end of July.

But in the episode Gorilla Warfare, first screened on 29 November 1974, he gives us something something slightly different and displays a rare moment of playfulness and humour, at odds with his normal dour demeanour. And it makes for one of the best remembered moments in Dad’s Army.

50 Moments that made Dad’s Army is a series of blog posts each focusing on one moment that helped define the popular comedy series. There will be one post for each of the 50 days leading-up to the 50th anniversary of the first broadcast of the first episode of the series on 31st July 1968. 50 Moments that Made Dad’s Army is brought to you by walmington-on-line.co.uk and copyright of all video clips belongs to the BBC.
This entry was posted in blog on June 18, 2018 by wolAdmin.
Newer post
Older post