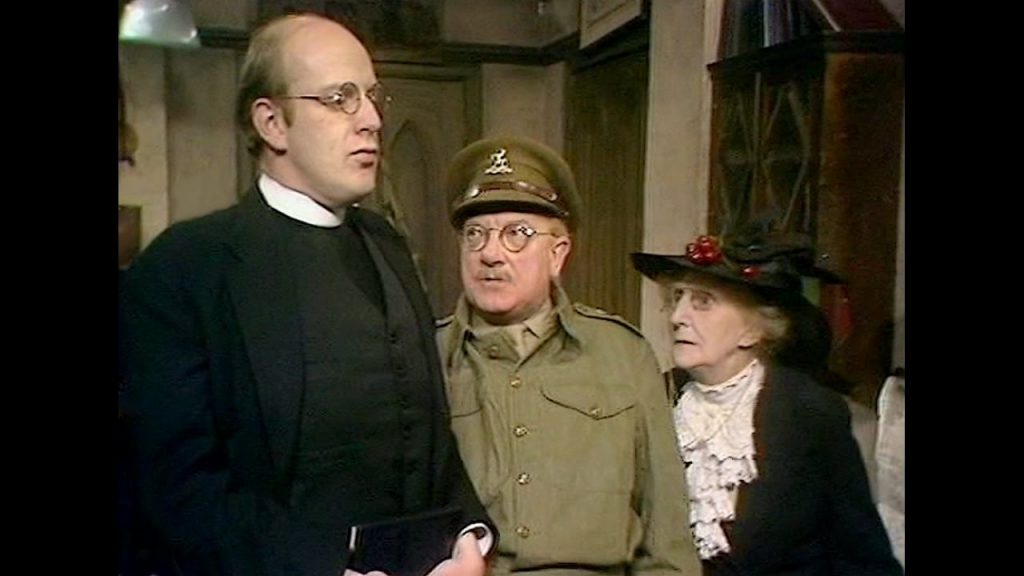 There are some episodes it is hard not to keep coming back to, and The Bullet is Not for Firing is one of them – it has already featured as the 8th in this series but is back again and takes us back to the point just before that clip.

Mainwaring is having trouble getting a court of enquiry to run smoothly, and the Vicar’s choir practice, relegated to the office to make space for the court, is a bad distraction. So Mainwaring takes him to task.

The vicar is in no mood to be pushed around and there is a lovely bit of physical comedy in which May Warden as Mrs Dowding (the elderly lady with the impressive hat) steals the scene without speaking a word. A lovely example of how Perry and Croft could wring comedy from the simplest situation.

Walker, Walker - report to me in the amusement arcade - Mainwaring