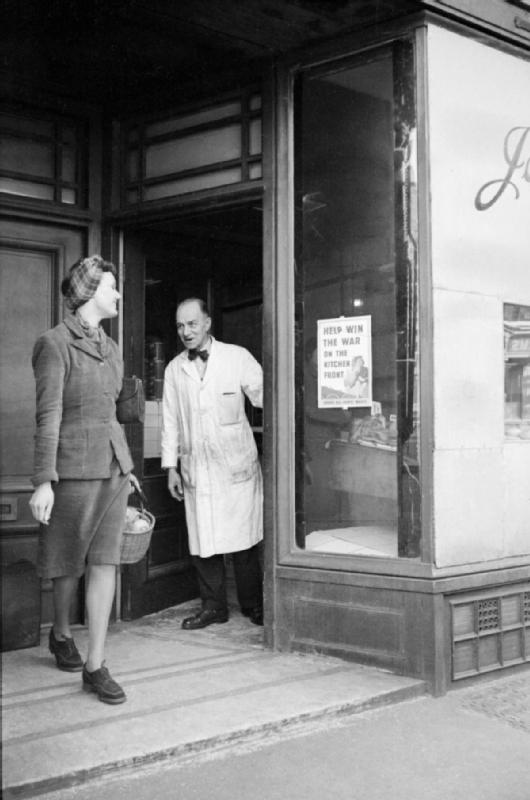 It’s outrageous! The High Street has changed beyond recognition. Jones’ shop has been bought by that man Hodges who has installed his cousin behind the counter. It is most off-putting to watch the fellow chopping meat and see that he too has dirty fingernails. He also has a surly and belligerent attitude. I asked him if he had been long in the trade and he looked me straight in the eye and said that his father had been proprietor of a slaughterhouse. His actual words were: ‘My bleedin’ old-man ran a knackers yard ’til they shut ‘im down.’ I shan’t be buying my meat from there.

Not only that but young Walker has acquired a prominent premises in the middle of the high street with a gaudy sign over the door proclaiming it “Joe’s Emporium – off-ration scarcities and high class dry-goods a speciality”. He was standing in his doorway with a cigarette dangling from his mouth, but I pretended not to see him. Frazer’s business still seems to be flourishing I’m pleased to say. I thought about dropping in, but reconsidered. Frazer is not a man I could call a friend and I’m not sure how he would have received me.

I was distressed to see that they’ve not put the railings outside the Town Hall back yet – I would have thought they could have melted down all those surplus tanks and given us a bit of our civic dignity back, but no. We shall see on Sunday whether the vicar got his bells back.