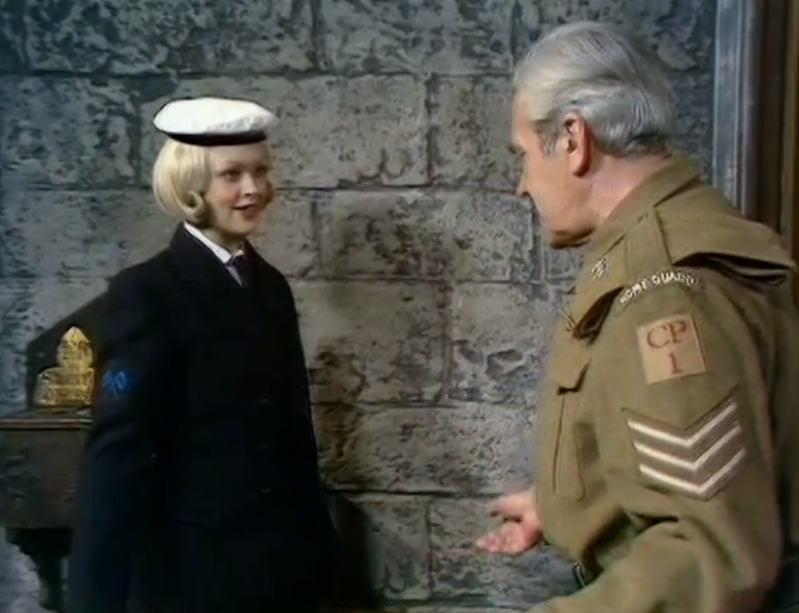 Getting the Bird is a great episode, and has already featured before in this series of clips from the series. Like much of the best of Dad’s Army it is a mix of daft situations, character conflict and comic slapstick, with a bit of the private lives of the platoon members thrown in for good measure.

In this episode it is Wilson’s turn to have his private life examined. The sergeant’s private life attracts a good deal of attention throughout the series due to his reputation as a lady-killer (though there is very little actual evidence of this status). He has been behaving oddly and has been seen about the town with a young woman, much to Mrs Pike’s distress.

In the final scene we learn who the young beauty he has been spending time with is, in a scene which is rather touching moment that comes just before projectile-pigeons bring the episode to a raucous conclusion.