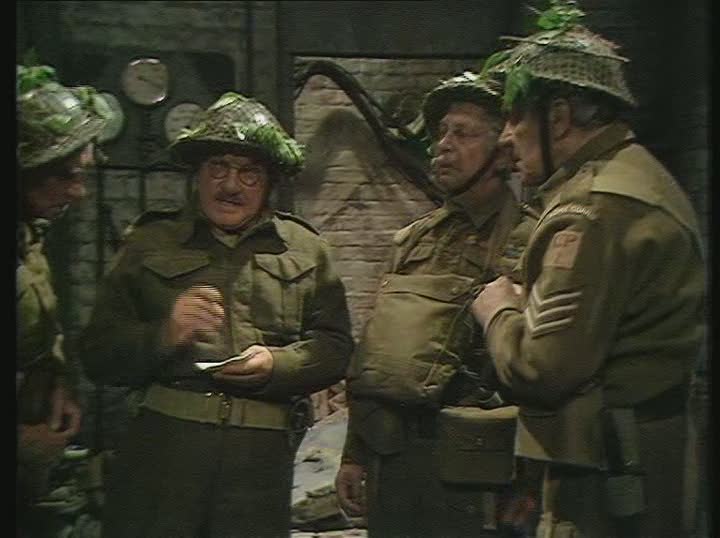 There are a few personal milestones for me among the 50 moments, and this is one of them – as Asleep in the Deep is the first Dad’s Army episode I can remember ever seeing – probably on a repeat as when it was first broadcast in October 1972 I was only 5 years old and most-likely in bed.

It is a great episode and has already featured in moment 13 from this series. Here we find the platoon (and Hodges) now trapped in the bunker and at real risk of suffocating. Captain Mainwaring feels it is important that the men’s morale be kept-up with a bit of cheerful acting, and that Wilson is the man to lead it.

Of course Wilson’s approach is not exactly what he good Captain has in mind. And equally certainly, with both Pike and Hodges in the bunker we can be sure that someone will be getting all wet very soon …